Shark Girl woke up, and went to the bathroom. I looked in the mirror and my jaw dropped in horror. Oh, no! I thought to myself.
Staring back at me, besides my drawn and tired face, was a red splotch on my neck. A red splotch! That could only mean one of two things. Hickey. Or rash.
It is a sad statement on my life that, when posed with those two options, rash is the more logical one.
I thought back to last night. I racked my brain. Is there any possible way I could claim hickey? Was I involved in some midnight tussle that I knew nothing about? Not only because it would make a way cooler story, but really, more importantly because it would mean I wouldn’t have to cover up my neck at jiu jitsu this evening.
Alas, no such luck. And even if so, Husband is not the neck-bruising kind. But, I’ve got two young boys. One of them refuses to wear shoes outside. But keeps on his socks. The other thinks that cooked spinach tastes better when eaten with one’s fingers Who knows what crazy shit they drag into my house. And with my medical luck these days, well, I am sure to catch it. Sigh. There will be Band-Aids and bandages, and lots of explaining tonight at jiu jitsu.

Back in my day and community, it was considered appropriate for people to make fun of others for their differences. If someone looked or acted differently, then they should be able to “take” the criticism. If they didn’t like it, well they could stop acting so weird. I am not proud of the bullying behaviors I know I participated in when I was younger. I’ve said some terrible, hurtful things to people who deserved my respect. I have reflected much on why I, who consider myself a good person, would have said or done such things. Honestly, at that time I didn’t feel like it was wrong. I never physically hurt anyone! I knew that was wrong! And other people did the same thing, so I felt entitled. I’m not making excuses for Little Shark Girl. I take full responsibility for my 14-year-old actions. I have learned and grown a lot since then, and I promise if I meet you, I will be accepting and tolerant, no matter how fringe you are!

In our schools today, education around bullying focuses on getting the community to be intolerant of bullying, to call out bullying, and to make "bully" a negative word. People are still taught ways to keep themselves safe and not become a target of bullies. But children are encouraged to speak out against bullying and to stand up for people who are being bullied. Does this eliminate bullying? Not at all. People can still hide behind their computer screen and bully away. There are subtle forms of bullying that cannot be seen by onlookers. It does create an environment that is less forgiving and fertile for bullies. It shows “good” people what those “grey” behaviors are so they are less likely to engage in them. If Little Shark Girl had known how hurtful calling someone “gay” was, or how she made that girl whose name rhymed with “vagina” feel, I like to think she would have kept her mouth shut.

The culture we have now can sometimes glorify and condone rape, and I bet there are many "good" men out there that I love and respect that have gotten caught up in the grey area of rape, just like Little Shark Girl did with bullying. Sometimes I think that's why some people protest so much. They are good people, not rapists, and if that grey behavior was rape, well, they have to redefine themselves as a "bad" person. Believe me, it took Shark Girl a long time to come to terms with her past-self's inner bully. This is the first time I've spoken about it in 30 years.

We do both men and women a disservice when we do not educate the entire community about rape. After all, it is not just a woman's or a man's problem. It affects all of us. It is not just a male vs. female problem. It can happen in any combination. To call it a feminist issue is reductionist. It is our issue. And if the way we are dealing with it isn’t working, then we have to try something else.

Of course, there will always be people who will do the wrong thing, but when the larger community actively and publicly scorns a behavior, "regular" people who consider themselves "good people" will not engage in that behavior, and maybe others will think twice. It is clear from the comments Georgette received that our larger community is not at that place yet.
at April 26, 2014 1 comment:

The Internet has been abuzz this year about why more women do not train jiu jitsu, whether there should be more women who train jiu jitsu, or if the ladies "just don't like" or "can't handle" that Olde Tyme Jiu Jitsu.
Yesterday I came upon an article in the New York Times that reminded me of our discussion, and I thought, "Does jiu jitsu have a similar problem?"
The article is about "bro culture" in the tech industry, and how that culture either keeps women at arm's length or drives them away.
On the Bro Culture Scale, my gym is pretty low. If it weren't I am sure I would have left. My experience at gyms is limited, though, and I thought I would share this perspective to get your thoughts and input. 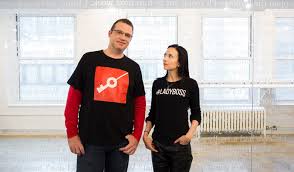 Dear Readers,
I was going to write this post as a glorious triumph, one of those rare BJJ moments that we work for and dream of. But it seems there is never triumph without setback.
I was going to write about a beautiful roll I had that confirmed my progress, progress long in the making and progress I doubted I could ever achieve. But then I rolled back to a place I hoped I would never find myself in again, in fact the old aphorism of “two steps back” is more appropriate.
I wanted to write about how for the first time, I floated outside my body as I rolled and I watched myself and my partner, and I calculated my move. How I trapped him in my guard and eyed his left arm for my Kimura. How when I put my hand on his wrist he pulled back. He was much stronger than I was. I was never going to get that Kimura. But I went for it anyway, knowing it gave me the chance to move my hands to his unprotected neck while he dealt with my threat. I went for his neck, never hoping even to get this choke.
“When he moves to protect his neck, I’ll try for the Kimura again, and then when he hides his arm by grabbing his pants like he did last time, he will expose his neck. That’s when I will make my move.”
Well, that’s what happened, and that’s what I did. I successfully set up a decoy and a real attack. I saw all of this from afar, I thought faster than I was rolling. If you are steps ahead of someone, your setup can work. I had never done this before. I know . . . I’m a slow learner.
That’s what I wanted to write about for you today. But it seems that the Jiu Jitsu Fates have other plans for me, because I find myself back where I was last year, and two years before that, with a knee injured I-don’t-know-how and the Kidneyberg making a feverish comeback. Yes, now, when I can see success and progress more than ever, when I want it more than ever.

Fucking Up the Blow Out

On a normal day, I'm not much to look at. My eyes are too small, my nose is too prominent, my face too splotchy.  Some days I make it to... 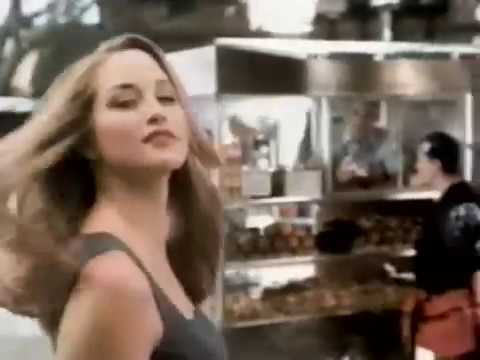