Like many women, weight is not my favorite topic. I don’t own a scale. I don’t need to know that number on a daily basis. If I had access to a scale in my home, I might eat a lot less, but I would obsess a lot more. I’m not a numbers freak; I’m just competitive. What? I weigh how much more than before breakfast? Maybe I should walk up and down the stairs a few times and then recheck. It’s the same reason I stopped keeping a training log for my running many years ago. It pained me to write lower mileage in than the previous training session. So, I did away with training logs and scales and I’m much happier for it. Heck, my body knows when I’m overtraining or undertraining, and it sure knows when I need to cut down on the snacks (that’s pretty much always). I check my weight at my occasional doctor’s appointment or when I visit The In-Laws. Everyone’s happy.
Since starting BJJ–which incidentally was one year ago last week!—I have been pleased with how it has changed my body. Mommy Belly? Gone. I even splurged for some bikinis this summer. (Yes, I was that Forty+-Year-Old trying to rock the bikini on the beach. I apologize to all those I visually offended. To the person who shouted, “Put on a cover-up, Old-Timer! We’re not in Europe!” shame on you for your rude American stereotyping.)
Where is this going? Well, I did this 20k in September after training all summer long. Immediately after the race, I was at The In-Laws. “Great!” I thought. “I bet I’m totally low on the scale!” It was a humid day and I sweat pounds of water out of my body. The mileage I put in over the summer coupled with my new jiu jitsu habit was surely going to give me a nice, happy number on the scale. I showered from my race and hopped on naked, not even a sock to muddy the calculation. I wasn’t prepared for what I saw. Now, I would have been happy if the scale said the same or slightly higher than it did last year. I’ve gained a lot of muscle! But . . . the scale said I was about 6 pounds heavier than last year. SIX Freaking Pounds! (This is where I remind all you tall people that 6# is almost 6% of my body weight.)
Something clearly was wrong. The scale was probably uncalibrated. I tried again. I moved it away from the wall. I turned it around. I stepped on one foot. I repositioned my feet. Nope. Same answer. Clearly the scale was broken. I left confident in my assessment, or at least too dehydrated to come to a better conclusion.
Over the Great Power Outage, I visited The In-Laws quite a bit. I was curious to meet up with The Scale again to see what it had to say this time. I braced myself and stepped on. The number was even higher. It was time to take this thing public.
“Mom-In-Law, is your scale accurate?”
“Yes, It’s accurate.”
“It’s not broken or off by a few pounds?”
“No. . . .Well, yes, it is off by a few pounds.”
“That’s what I thought. How much?”
“It’s a little low—I’m always a few pounds heavier at the doctor’s.”
I called Husband in for back up. He got on the scale. “I don’t know what to tell you,” he said. “It’s where I’ve always been.”
You are freaking kidding me. I’ve busted my hump for the last year, and I’ve gained weight? Who does that? All I read are the stories of people losing weight to jiu jitsu. “Girl starts Brazilian Jiu-Jitsu. Girl loses weight. Girl feels healthy, strong, and confident.” (Rock on, ladies.) So, what the eff is up with me?

I’ve calmed down a bit since then, and I’ve come to terms with The Scale. I will no longer step on it, and it will no longer give me numbers I don’t want to see. Despite The Scale, I’ve had a few comments recently from people I haven’t seen in a while like, “How do you stay so in shape?” Hey, I do feel healthy, strong, and confident. What do numbers mean, anyway?
Happy Thanksgiving, everyone. Eat up! 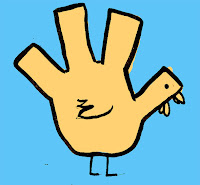 Or, AT&T-WOL. It has been 20 days since that wonderful October nor’easter wreaked its havoc and stripped my home of electriciy for ten days. Alas, although power was restored, my Internet has been down, or spotty at best, since then. I have been learning to live without the World Wide Web. It’s not pretty, folks. Did you miss me? I certainly missed you.
What have I been doing in my Netflix-less nights, devoid of all instantly-streaming content? I have caught up on a little reading. I have spent hours on the phone with American Telephone & Telegraph saying, “yes, yes,” to technicians who tell me I must must have filters on every phone jack (although my DSL worked fine for 8 years without them, but suddenly after a winter storm rips the wires off my house, all of the phone jacks now demand a filter), then being transferred and hung up on. I have daydreamed of the purchases I would make and the Shipping I would Super Save on and the things I would add to Shark Girl’s Wish List, if only, if only, my modem had a third green light. And I have been missing my connection with my Brazilian Jiu Jitsu community. *Sigh*
It’s good to be back. Let’s hope I stay connected.
at November 17, 2011 4 comments:

Shark Girl is in exile. No, I have not committed a heinous crime, nor has my past finally caught up with me. The recent winter storm has driven me out of my home and into the arms of the In-Laws. (Yes, Tree Frog, I live in the Northeast!)
It all started on Saturday, when we were hosting a Halloween party. As the first guests arrived, the power went out. “Cool!” shouted one of my son’s friends. Shark Girl, however, was wondering how to keep fifteen 4 to 11 year olds entertained for three hours without going outside or using electronics. Just when Husband and SG were resorting to tricks like, “Honey, dress up like a fortune teller!” or “Give them a tour of our dark basement!” power mercifully returned and we put on Little Shop of Horrors.  When the power finally went off for good, around 7 PM, I was exhausted anyway and glad to retire early to the comforts of bed.
I awoke to a disaster area—limbs down, and a whole city in the dark. It has been this way since Saturday night. No electricity for 5 days. Our utility company’s best estimate is that we will have power restored by Monday afternoon.
I am not complaining. My family spent Sunday afternoon discussing how we are fortunate in this storm: our old gas furnace provides heat to our bedrooms and scalding hot water.  We also have a gas stove. Many people are without heat and water all together. Given our fortunate circumstances we can stay “unplugged” in our home. We have retreated to the comforts of the In-Laws several times, because, well, 9-Year Old and 5-Year Old have discovered that fighting is a great way to pass the time when there’s no E. Wait—they fought before. The difference is that now, since school is cancelled, I am home with them constantly, confined to the bedrooms, and have to deal with their assiduous brotherly aggression. It brings out the worst in my parenting style: screaming, bulging neck veins, bug eyes, unexecutable threats.
So I write to you today from exile at the In-Laws. In a fit of optimism, I brought my gi down for this trip and tried to find a place to do some jiu jitsu. No luck. Maybe my gym will be open tonight? Not likely. My daily runs have taken me past downed trees and power lines. Yesterday, four days into the storm, even on foot I had to pick through debris on the roads, hop over cables and duck (yes, at 4’11”, duck) for low-hanging wires. I wanted to post some pics for you, but my camera has either been broken by 5-Year Old (most likely) or is out of juice (less likely). Last night I did a frantic search by flashlight for its charger. The shadow play on the office clutter made me motion sick, so I gave up. You’ll have to get your disaster pictures elsewhere. Sorry!
I will leave you with a recent jiu jitsu exchange between Husband and me. It was a tender moment, a warm embrace. Unfortunately it occurred just after I learned some judo foot sweeps, and I was trying to keep them fresh in my mind. Husband leaned down to kiss SG gently on the lips.
SG:              (practicing foot-sweep motion) I could take you down right here.
Husband:     You have a one-track mind. (Another gentle kiss.)
SG:              So do you.
Husband:     Yeah, but mine’s normal.
Sigh. Husbands just don’t understand!
This is Shark Girl signing off from an undisclosed home somewhere in the Northeast.
at November 02, 2011 6 comments: