It is a turning point for Shark Girl.

I haven’t written in a while. When I was a white belt, everything was new and curious. And being a woman on the mat was challenging. I needed help and support, and you, faithful Internet readers, were there for me. You helped and guided me.

Now, as a purple belt and then some, I have drifted into stasis. My game doesn’t change so rapidly anymore. The huge strides I used to make in a month are now incremental improvements over months and months. I used to practice how to escape; now I work on shifting moves slightly to the left to see if that will help, or moving my center of gravity *here* and seeing what that will do.

Likewise, in being the lone woman at my gym (still), I have fallen into a pattern, a habit if you will. Some of the same problems remain, but after this many years, you either put up or get out, and I have chosen the former. I believe I made the right decision.

So at this point in my jiu jitsu career, change is slow. Glacially slow. And to write about that on a regular basis seemed, well, boring.

Now its global warming time, my friends. My gym just announced that it is closing. I don’t have many options. But one thing is certain: Change is coming, and it is coming fast.

Email ThisBlogThis!Share to TwitterShare to FacebookShare to Pinterest
Labels: women in jiu jitsu

It Took Me Over Seven Years, But I Have Finally Done It!

Yep. Last night. I let out an expulsion of gas that echoed throughout the chamber, shook the walls, and was finally absorbed by the mats. How embarrassing! Others before me have done it, followed by eruptions of laughter from the class. Usually it's the older
guy. Every once in a while it is one of the younger dudes. Me, for my part, up until now, I have only let out those ones that could be mistaken for a foot rubbing against the mat, making a squeak. Should I say excuse me? Or would that call attention to something that no one noticed anyway? Best to let those go.

But last night was different. Last night, it was like a balloon letting out a quick burst of air when some little kid spreads apart its lips to annoy a roomful of partygoers.  And of course I was in north -south. “Excuse me,” I said sheepishly. It was clear I could neither ignore or deny this one.

Now, I am always very careful on the mats. I do my best to hold my sphincter tight. As a mom who pushed out two babies in less than fifteen minutes a pop, sometimes things are not as . . . sealed . . . as we would like them to be. But, Good Lord, I use all my muscles to keep it in! Sometimes I sacrifice power moves and opportunities because I have to keep my “core” engaged. But last night in drilling, I was committed to holding down my partner with my upper body, and I had to jerk my leg away. There was only so much my core could keep track of at one time. Kind of like when someone talks to me at the copier. Look, I can make copies, or I can have an intelligent conversation. I cannot do both, and if you make me, my brain will fart.

Last night, I was pulled in so many directions that I was not able to hold in my body's brain fart. In fact, I never even suspected it was coming. My partner, gracious even though his face was inches from the scene (scent?) of the crime, remained professional and businesslike. We continued drilling the move. I, however, decided to use slightly less power than before.

Email ThisBlogThis!Share to TwitterShare to FacebookShare to Pinterest
Labels: lady issues, over 40

What Shark Girl Would Do. . . to Not Miss Class

I don't know about you, but skipping class freaks me out. Here is why:

My friends and partners, whose Jiu jitsu I want to encourage and foster, whom I care about as human beings, whom I love dearly and spar with only to improve their Jiu jitsu and NEVER for any egotistical reasons (I am much more Zen than that), if I miss a class, those wonderful people will totally get a leg up on me with some new move or extra practice. Then they will wreck me mercilessly the next time I am on the mat.

I also hate missing class because mat sense is real. I have been sidelined by inuries, keeping me off the mat for months. When I came back, it felt like that blue mat was water and I was floundering to stay afloat. It takes a while to get used to the mat after an absence. Like walkng on land after being at sea. Any time I miss mat time, I worry that my mat sense will diminish.

Here is a Short List of things I have done instead of missing class:

Skip Eating
I love food, just not when it is within an hour of Jiu jitsu class. Dinner will have to wait until I come back. Speaking of food . . .

Not Feed My Children Dinner
Look, there is cereal in the pantry, and they are old enough to understand the beauty and ease of ramen noodles. I am confident their instincts will kick in and they will not become some Darwinian statistic. In the meantime, I got me some learnin’ to do.

Laundry On the Off Day
SG has so much laundry. Sometimes I feel like Sisyphus rolling that big rock up a hill. Instead my rock is a laundry basket, the hill is the basement stairs, and when it all rolls back down it goes through a laundry chute that wouldn't exist anymore if I had my house renovated because it is against fire code and no self respecting contractor who wants to keep his license is keeping that shit around.
But no matter how much laundry I have done, no matter how tired I am of my basement corner with the dryer sheets and the Arm and Hammer and the big bins of sorted, sweaty, elementary-school–boy laundry, I will get my ass downstairs and make sure I have clean Jiu jitsu gear for my classes. Period. My son doesn't need clean underwear or socks, really. Half the time he wears them for days straight of his own preference. But I need a clean gi.

Take Maximum Ibuprofen.
Whether I feel a migraine coming on, or my muscles are sore from running, it doesn't matter. I will pop this wonder drug like candy if It means being able to make it through jujitsu class.


Take Other Pharmaceuticals
. . . especially those quelling any gas that might erupt, embarrassing myself and my classmates. Yes I am saying that sometimes (maybe very often) I take a Gas-X about a half hour before class, what's it to ya’? Actually you should all be thanking me. I do it out of consideration for my classmates. 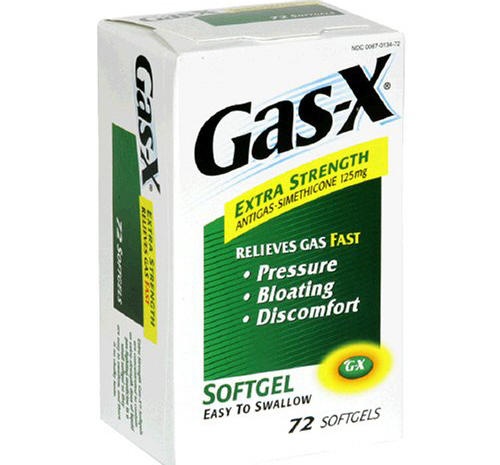 Show Up Places in My Gi
Yes, I have appeared at school events in full gi in front of parents and students because I didn't have time to change after class. I have gone to the grocery store flaunting patches and a belt. I know my schedule is tight, but that doesn't mean I should have to sacrifice choking someone I care about.
And finally,