I have always admired the way a good practitioner can get on the mat and, sans partner, mime the motions to a move. Air-grab–air-grab–hip-escape–bump–turn. That’s how you do it. “How do they do that?” I would think. “I can barely get it right with a compliant partner, let alone the thin air.”
Well, last night, there I was, trying to explain a move to a partner. Words failed. It was easier to show it. And—ta-da!—I mimed the move. Applause, everyone, and no, bouquets are not overkill. After sixteen months, I have actually internalized some moves so completely that it is easier for me to mime them than to try to explain them.
It reminds me of my journey studying Latin. I spent three years doing hard grammar and reading mechanical prose. I could tell you all about the “ablative of degree of difference” and then turn around and parse the hell out of that verb.
Then they threw poetry at me. I learned to just read, because rules in poetry are meant to be broken. So, I forgot about the rules and just read Latin. Conversations with classmates would sound like this, “How do you know to translate that like ‘he plunged his sword in all the way to the hilt’?” And I would reply, “I don’t know. That’s just what it says.”
Then one day I walked into a prose composition class. All those rules? Guess what? They were important to know again. Although I could read Latin very well, I realized I had internalized the rules and could not explain many of them anymore.
I am happy that I have committed some jiu jitsu to muscle memory. It is the first step toward seeing the underpinnings of the art and building an organic and dynamic game. I also see that the next step is to to do both—to feel the move without thinking, and then to be able to express the move to someone else. But sheesh! I’m just happy with this for now!
at March 27, 2012 6 comments:

Shark Girl Gets Her Poetry On

Last week a cousin e-mailed Shark Girl. He got his DNA tested and wanted to share what he learned with all his matrilinear relatives. Among the various tidbits about haplogroups and other things I can’t pronounce, Cousin added,
“Apparently, we're also distantly related to Petrarch.”
For those of you who don’t know who Petrarch was, first, join the club, and second, you can Wikipedia him. I must warn you that Cousin felt Petrarch was “Chinese food famous.” This means that about an hour after he Wikipediaed Petrarch, he forgot what the big deal about him was.
I (kind of) know who Petrarch was because he wrote a lot in Latin. I just returned from a conference of classical professionals where a scholar presented a paper on Petrarch. I probably wouldn’t have gone to the paper, but I felt obligated, being related to him and all.
Since I now have famous poet blood in me, and since Husband started complaining that Shark Girl is “formulaic,” I thought I’d branch out and give you some submission grappling poetry. I know . . . just what you’ve been waiting for. And for all you Latin geeks out there, this poem is inspired by Book II of Vergil’s Aeneid. (I haven’t titled it yet and am open to suggestions.)

***
But look! Across the field of blue 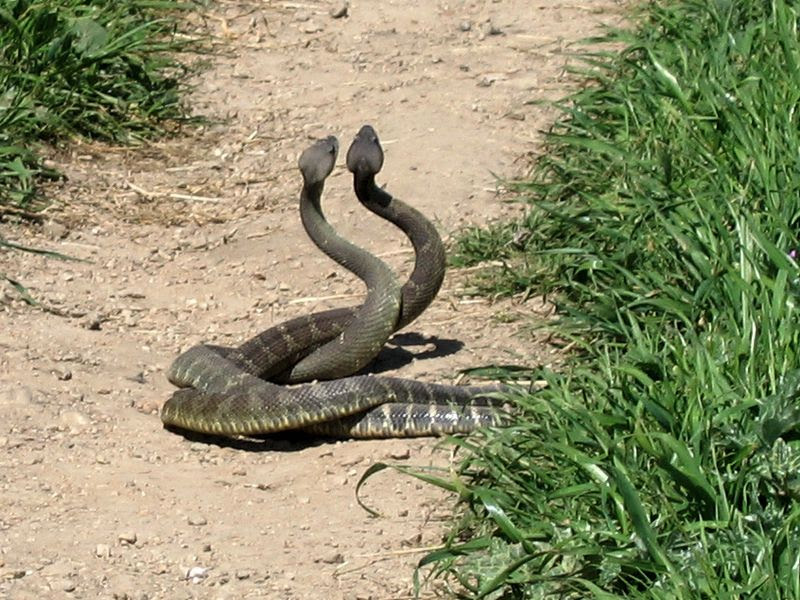 Immense legs make their way forward
Writhing and snapping like snakes
After a careless foot has disturbed their resting place.
Without seeing they sense my presence
And stretch to reach me.
Biting, they embrace my back
And coil around my slippery neck,
Squeezing out my air.
The hiss of blood blocked from its path
Fills my ears.
I wonder,
What madness drove me to the mat?
And tap.
© 2012 by Shark Girl (because you know you want to steal it)
at March 19, 2012 3 comments:

I Beat Up Boys

This afternoon Shark Girl got on top of Husband. If you want to be technical, I was in mount.
“Try to get up,” I said. “It’s been a long time since we’ve wrestled.”
When I started BJJ, Husband wrestled with me periodically to check my progress. This resulted in a series of professed back injuries and whining, until Shark Girl couldn’t take it any more and just stopped the progress checks altogether.
“I know I can’t get up,” Husband said. “I’ve given up. It’s official: you can beat me up.”
I do have a long history of beating up boys. It all started in the third grade . . .
***
When Shark Girl was in third grade, Mother of Shark Girl came home from the parent-teacher conference with some news for Dad.
“She scratched a boy,” Mom told him, chuckling.
She was laughing because here was this cute little, tiny girl, (Little Shark Girl was about the size of a kindergartener) beating up on boys. It was the family joke for some time. (Even today if you were to bring up this incident around the Extended Shark-Family dinner table, Brothers and Sisters would ROTF and L. Or L their FAO. Or maybe they would just LOL. I know they would do some acronym.)
Nowadays, a student scratching would be a huge deal, written up by school administrators. The perp would be forced into counseling, or Child Services would be brought in. Back then, Mother of Shark Girl only asked, “Why?”
“On the playground, Paul B— gave my friend Danielle half a chi-chi,” I explained. (A chi-chi is our familial term for the double butt squeeze often given to cute children’s bottoms.) But I wasn’t telling everything. When the lights were off in my and my sister’s room that night I whispered to her that the half chi-chi was not on Danielle’s backside, but actually Paul had grabbed her crotch. Little Shark Girl was defending Danielle’s honor.
Danielle moved to our school in third grade. I’ll never forget the first time she came into class. She was tall and pretty and blonde. When she walked into the room, everyone’s head turned her way. I felt a pang of jealousy. Why couldn’t I be blonde? Danielle wasn’t perfect. She licked her lips in our blustery winters, causing chapping that extended up to the base of her nose. It didn’t matter, though, she was blonde, and Little Shark Girl learned the hard lesson that tall and blond trumps cute, dark and short any day.
Up until Danielle came along, Paul had a crush on me. It was on that very same playground in second grade that Paul danced around me singing, “If I can’t have you, I don’t want nobody baby!” Little Shark Girl rolled her eyes and told him to get away. Maybe I scratched him then, too. If I didn’t, I should have.
Check out the song, plus the groovy 70s vibe!
***
I’ve come to terms with Paul and what happened in elementary school—both the sexual harassment and even being “dumped” for a blonde. (Believe me, I hadn’t seen the last of either experience.) So tonight when I heard “If I Can’t Have You” emanating from the Oldies station, my hand dropped from the buttons and I started singing along. Husband is not an Oldies fan, so to placate him Shark Girl said, “This song brings back memories,” and I told him the story about Paul B—.
“Humph,” Husband replied.
“What is it?” I asked.
“Well, I was just thinking. . . . If you had married Paul B—.”
“What?”
“Well, if you had married Paul B—, not much would be different. You’d still be beating up on him!”
Thanks, Husband, for your vote of confidence.
at March 10, 2012 19 comments:

The other night I had a dream. A jiu jitsu dream.
It was dark, and I was at home. In my dream, my house looked like a row house, connected to its neightbors. The front door opened up to a riverfront. At night, the riverfront was lit up and folks hung out on their stoops. It was a new house for me. As I looked out the window, I saw a tough-looking young woman accompanied by some thugs. They were swinging neighborhood cats around by their tails and when there was enough speed and the cats’ bodies looked like helicoptor blades, they tossed them into the river.
Outrage filled me. Overcome by loathing and the memory of my dear, departed cat, I burst out the front door and leaped down the steps toward this hooligan and her partners in animal cruelty.
I have to set the tone now, or I’ll be beset by this bully for as long as I live here, I thought. Not to mention she’s killing cats. What kind of a person kills cats?
As I neared, I did my best puffer fish, blowing up my tiny 4’11” stature by putting my hands on my hips, sticking my chest out and raising my neck. I can’t remember what happened next, but her posse deserted and I ended up giving her the rear naked choke.
I remember thinking, If I let her go, she’ll overpower me. But if I keep choking her, she’ll die. Curses! I’ve never practiced the sweet spot between consciousness and death before. This is a limitation of my training. And what if she fake passes out and jumps me when I let her go? Do I have to kill her?
Well, I won the day (I don’t know how), but I was too late to save all but one of the neighborhood cats, whose plump body I embraced and brought home to live with me in the sanctuary of my new, riverfront row house.
About now you’re asking, “Nyquil induced dream, Shark Girl? Or did your basement wine turn bad? Did someone slip an acid tab in your Greek yogurt?” Personally, I think it was one too many episodes of Breaking Bad. You know: generally good person gets caught up in the Underworld for, what seems to them, good reasons, but then is forced to do heinous and more heinous things. I try to decompress with 30 Rock afterward, but you see what that added to my dream. Cats and obsessive thinking. Yes, my dream was a hallucinatory cocktail of critically-acclaimed network darlings.

I recently read an article about the advancements of brain technology. Scientists are getting closer and closer to being able to project the thoughts and images we see in our brains. I would be able to just download my dream into a video clip and share it with you here instead of trying to remember the murky details of my valiant feline rescue attempt. Of course, the down side of this technology is that people’s thoughts would be vulnerable for harvest. It makes Facebook and Google look like your most loyal confidants.
Would I give up my mental privacy to be able to replay my dream match? It was the best (and most meaningful) match I’ve ever had (sort of). But I don’t know. I think it would compromise Shark Girl’s anonymity.
at March 04, 2012 4 comments: