In a span of seven years my mother had four children, and I was the last, trailing several years after the penultimate one. I grew up when good, suburban mothers stayed home and talked on the phone all day while their children whiled away summer hours in backyards filled with neighborhood kids making up games, getting in trouble, and resolving conflicts until we were all called in for dinnertime soon before our fathers would come home from work.
Not only was Little Shark Girl the youngest of her own brood, but she was also the littlest kid on the block. It goes without saying that I wasn’t picked last for the neighborhood games. I wasn’t picked at all. There was always one less spot on the makeshift baseball team, not enough tokens for the board game.

Like any good little sister, I learned how to do two things when slighted: scratch really hard, and tell my mother. I reserved my scratching for the inevitable fist fights—at that time my only defense against larger, stronger opponents and my training ground for a martial arts practice that would not come for another thirty-four years. But when I was left out, I would go inside and complain to my mom, who in turn slid open the door to the patio and shouted out to my oldest brother, “Can’t you let your sister play?”

No one wanted the runt on their team. Plus, both teams had like-aged and –skilled pairs. Not only would I suck at baseball, but I would throw off the balance. After arguing with my mom about this for some time, Oldest Brother got wise. He told me I could be the Official Watcher. To a six-year old, this seemed like it could lead somewhere. But soon enough, Little Shark Girl realized that she was sitting on the sidelines, ignored, while all the other kids were participating and having fun.
Even still, I stayed there, watching. Why? I suppose that forcing other kids to play with you isn’t fun at all. But leaving to do something else, well, what I really wanted to do was be there, hanging out with all the other kids. I didn’t want to miss the jokes, the laughter, the fights, the camaraderie. I wanted desperately to be a part of that group, even though I couldn’t be. 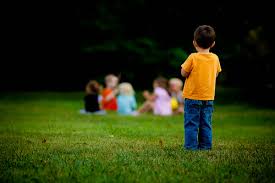 It’s been two months since my injury. Although I can’t do jiu jitsu for another month at least, I go to class every so often to watch and keep my head in the game. The first time I visited, tears sprung up. I wanted to “play” so badly. It was hard to be there.

When I observe class, I don’t wear my gi. I know if I do, I’ll get sucked in. So, I have become the class’s Official Watcher. And I feel just like I did when I was six: too emotionally drawn to the activity to leave, and heartbroken when I stay.
at March 29, 2013

Email ThisBlogThis!Share to TwitterShare to FacebookShare to Pinterest
Labels: injuries